Sponsoring Your Parents and/or Grandparents in 2018 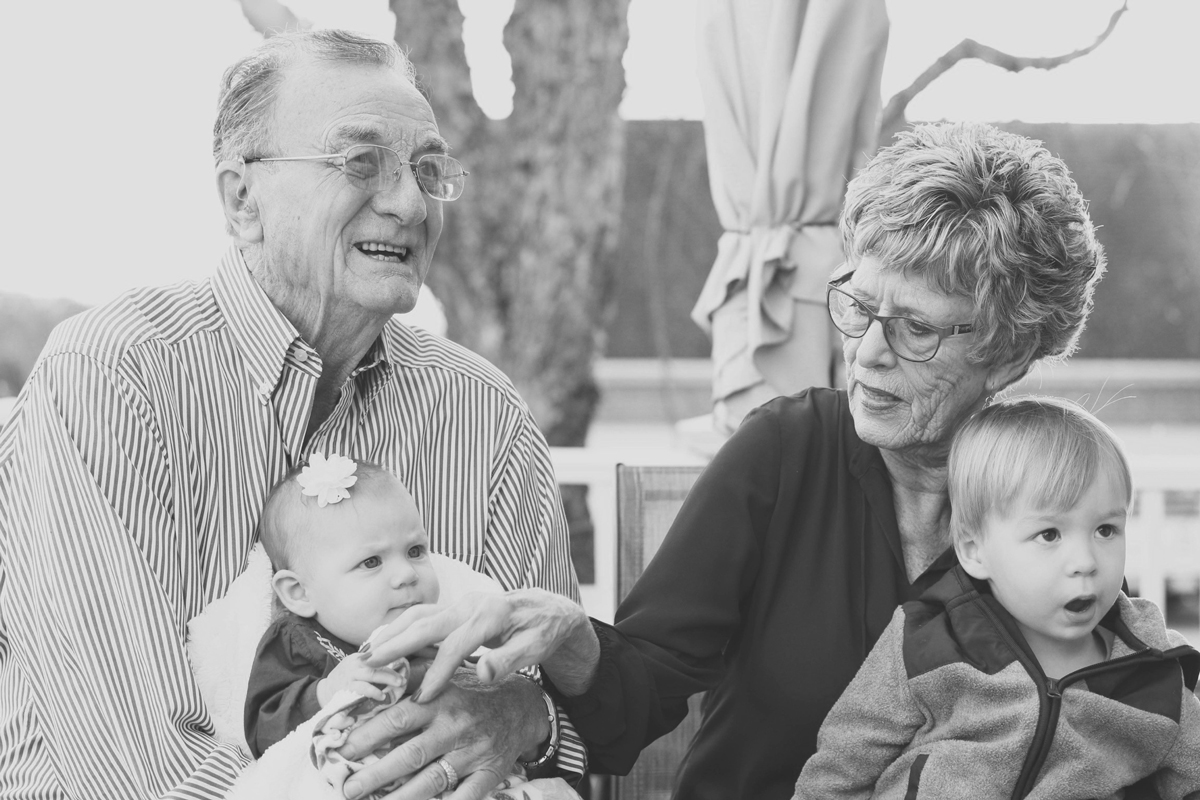 The Federal Government has once again launched a lottery-based system for Canadian citizens and permanent residents (PRs) to sponsor their parents and/or grandparents for permanent residency in Canada. Between 2 January and 1 February 2018, the Federal Government will accept Interest to Sponsor forms from all those interested in sponsoring their parents and/or grandparents to join them in Canada, and will subsequently randomly select 10,000 sponsors to submit full applications for consideration.

Why a Lottery System?

Prior to 2016, parental and grandparental sponsorship was processed on a first-come, first-serve basis. This meant that only the first 5,000 sponsors who submitted complete applications were able to sponsor their parents and/or grandparents, while the rest who submitted completed applications were forced to wait until the next year. The Federal Government became concerned that this undermined the ability of all Canadians/PRs to reunite with their families, as many individuals could not afford courier costs or other fees associated with ensuring an application arrives first. For example, some couriers charged hundreds of dollars to guarantee first-thing delivery. As such, in 2016 the first-come, first-serve program was replaced by a randomized lottery, and the number of sponsors doubled from 5,000 to 10,000.

The lottery system certainly isn’t perfect. In 2017, only 9,500/10,000 spaces were filled due to lottery-selected sponsors failing to submit complete applications within their designated time frames, or being found ineligible to sponsor. As only those selected were able to submit full applications, there was no ‘going to the next complete application’ in order to ensure the maximum number of sponsors were able to apply. This meant that many individuals who could have successfully sponsored their parents and/or grandparents to Canada were not given the opportunity to do so. This is starkly different than those individuals who were given the initial opportunity to try, and only later were found to be ineligible to sponsor, who submitted incomplete applications, and/or whose parents and/or grandparents were inadmissible to be sponsored.

2018 Brings an Improved System, But Some of the Same Problems Remain

In 2018, the lottery system continues, albeit with a few changes. Unlike the previously sparse Intent to Sponsor form, Immigration, Refugees and Citizenship Canada (IRCC) now provides upfront information on eligibility requirements directly on the form itself to better ensure that the initial 10,000 candidates selected are in-fact eligible to sponsor. This includes instructions on how to calculate family size and the corresponding minimum necessary income requirement; and warnings that (a) you are unable to sponsor your spouse’s parents, and (b) that multiple applications will not increase your chances. Furthermore, potential sponsors must now directly identify which family members they intend to sponsor on the Intent to Sponsor form, requiring more thought to be put into the process ahead of time.

However, there are still many problems related to the long-term viability of applications. For example, there is no mention on the Intent to Sponsor form that parents, grandparents, and/or dependents are required to be admissible to Canada in order for their application to be successful in the long-run. Further, many are concerned that there is still no requirement for potential sponsors to substantiate their eligibility to sponsor at the initial lottery stage. Instead, potential sponsors are simply required to answer a few questions before selecting ‘YES’ or ‘NO’ as to whether they are eligible, no proof necessary. This runs the risk of repeating the problems of 2017 where sponsors who were ineligible nevertheless selected ‘YES’, which eventually created a shortfall in complete and eligible applications by years end.

Finally, the continuation of the lottery-based system means that there is no way to ensure that an individual may apply to sponsor their parents and/or grandparents: it all comes down to the luck of the draw, and can result in highly-qualified individuals never having the chance to reunite with their parents and/or grandparents simply because they were never selected to apply. Among other reasons, this policy is problematic because it may inhibit the ability of Canadian businesses to attract international talent for the long-term, as international workers may be reluctant to settle in Canada if they cannot ever guarantee the opportunity to reunite with their parents and/or grandparents. One solution to this problem may be to allot a certain number of ‘randomized’ spots to those who have applied in the past, thereby increasing the chances they be selected; however, IRCC has not indicated any intentions to do so.

What Is the Initial Sponsorship Application Process?

Those who are interested in sponsoring must first indicate this interest to the Federal Government through an Interest to Sponsor web form. This is not an application to sponsor, but rather an initial indication to the Federal Government that you would like to be considered to be eligible to sponsor. The Federal Government will then randomly select 10,000 sponsors who have expressed an interest in sponsoring and have self-identified as being eligible to submit full applications for processing. If selected, sponsors will be given an ‘Invitation to Apply’, from which time they have 90 calendar days to submit full parent and/or grandparent sponsorship applications.

Before you submit your Intent to Sponsor form, you must consider whether you are an eligible sponsor, as well as whether your parents and/or grandparents are eligible to be sponsored:

Are You An Eligible Sponsor?

In order to sponsor your parents and/or grandparents, you must be at least 18 years of age, reside in Canada, AND be:

*Sponsors who themselves were initially sponsored to Canada as a spouse/common-law partner/conjugal partner must have been Citizens and/or PRs for at least 5 years immediately before filing the sponsorship application.

You must also agree to financially support your sponsoree(s) for a set length of time. All sponsors must sign a legally-binding document which makes them financially responsible for their parents and/or grandparents AND any other accompanying dependents for a set length of time. This includes responsibility for all costs associated with food, clothing, utilities, personal requirements, shelter, fuel, household supplies, and non-public medical (such as vision and dental). In Ontario, parents and/or grandparents, as well as any accompanying dependents, must be supported for 20 years from the date they become PRs. In Quebec, sponsorees must be supported for 10 years. This means that the sponsor will be responsible for repaying the government for the cost of any social assistance required by the sponsoree for the term of their sponsorship (10-20 years).

You must have sufficient income to provide for those you intend to sponsor. This is done by eventually demonstrating that you meet the minimum necessary income (MNI) requirements based on the number of family members you are financially responsible for. For example, if you and your spouse have two children, and wish to sponsor one grandparent and an accompanying dependent, you must meet the MNI for a family of six (you + spouse + 2 children + grandparent + grandparent’s dependent). The new Intent to Sponsor form provides basic instructions on how to calculate your family size, and updated MNIs for the past three years for all provinces except QC:

As part of the application to sponsor, the sponsor (and co-signer, if applicable) will have to include proof of income from the Canada Revenue Agency in the form of their Notices of Assessment for the previous three years. Sponsors who apply in 2018 will have to include their Notices of Assessment for 2017, 2016, and 2015 with their applications to sponsor. Sponsors should also note that they will have to continue to meet or exceed the MNI from the day they apply until the day their family members are granted permanent residence. Income can be reassessed at any time during the sponsorship process. This is especially important to consider for sponsors who are nearing retirement, as it can take several years for sponsorship applications to be processed and for sponsorees to gain permanent residence.

Finally, even if you as a sponsor meet all of the above requirements, you are nevertheless not eligible if you:

Are you an Eligible Sponsoree?

In order to be sponsored to come to Canada, parents and/or grandparents, and any dependants must not be found inadmissible. Inadmissibility results from, among other things, criminality and/or medical problems. For example, Drinking and Driving is a criminal offence in Canada and can result in a finding of inadmissibility, even if it is not a criminal offence where it was committed. It’s also important to consider that in some instances inadmissibility can even be determined on the basis of (well-founded) suspicion alone.

So What Are Some Practical Things You Should Know About Sponsoring and Eligibility?

Potential sponsors now have less than one month to submit their Intent to Sponsor forms.

If you believe you and your parents and/or grandparents are eligible for sponsorship, we encourage you to reach out to us to begin the process. The lawyers of Capelle Kane attentively follow all changes and updates to the Parental/Grandparental sponsorship program, and will help you ensure your application package is complete and strong if you are selected to apply.

An alternative to sponsorship is obtaining a ‘Super Visa’, which will allow your parents and/or grandparents to visit you in Canada for up to 2 years at a time, with multiple entry/exists. Please stay tuned for a forthcoming blog on this subject, including eligibility, how to apply, and tips and tricks for your application.

By continuing to browse or clicking ‘Accept’, you agree to the storing of cookies on your device to enhance your site experience and for analytical purposes.Accept